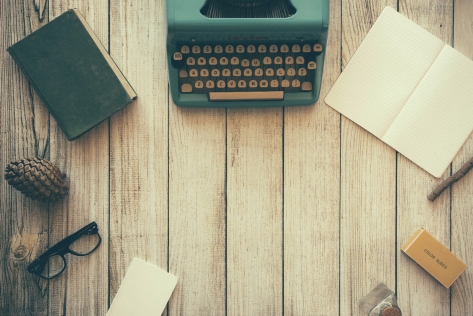 For those who may be learning about Camp NaNoWriMo for the first time, it’s offered twice a year – the months of April and July – as a kind of warm up for the biggie, National Novel Writing Month (NaNoWriMo), in November.

Last year, I finished editing my previous NaNoWriMo novel at the end of June and signed up for Camp NaNoWriMo in July to work on an old, unfinished manuscript. This past April, I signed up again to work on a different novel that I’d started in December.

So why am I writing this when it’s almost halfway through July? To be honest, I almost gave up on the idea of participating this time. No, I haven’t finished the novel I worked on in April (although I did achieve the word count goal I set for myself). What happened is that I came up against a writer’s roadblock that I’ve written about numerous times: the mid-novel slump.

There is little more frustrating for a writer than knowing how your novel will end but then getting lost on the way. It reminds me of the family vacation we recently took, in which my GPS simply wouldn’t believe that our destination was on Sugarloaf Road. It was glad to take us to an empty field on Sugarloaf Mountain Road. While it’s a little misadventure we can laugh about now (and others who have been mislead by GPS can commiserate), at the time, it was aggravating because we knew where we wanted to be, just not how to get there.

Of course, with my novel, I can’t blame GPS. I was cruising along just fine and decided on the perfect twist to give my story more tension. The only problem was that I wrote myself into a hole in which I couldn’t write myself out.

Not knowing what else to do, I committed a big no-no: I went back to the beginning and started editing. Although it’s cost me a lot of time, I’m glad that I did. I’d written quite a few things that I’d forgotten, so I took notes along the way. I also trimmed a lot of extraneous words. And as I went, I realized what I would have to do when I got to that problematic scene that had effectively stopped my forward momentum: I would have to cut it.

There’s still tension, just not nearly as much. Although my scene isn’t the shocker that I originally planned, it’s no longer stalling the manuscript. It meant cutting 20 pages out that I spent days writing, but sometimes that’s what you have to do. I’m just glad that I’m moving forward again.

So now that I know what I’m doing, even though it’s 13 days in, I’m signing up for Camp NaNoWriMo. I am giving myself a low word count goal (12,000 words) because I hope that’s all it takes to finish this novel. Knowing my propensity for verboseness, it’ll likely be longer, but that’s okay. It’s often the scenic route that is most memorable.

2 thoughts on “Why Not Sign Up for Camp NaNoWriMo?”